The BMW I8 will definitely stand out from the crowd and draw attention when cruising around the street.  It's futuristic design and impressive interior look like something out of a Hollywood movie rather than a standard production vehicle.  With swan-wing doors, a shark-nose grille, and a supercar stance, the i8 plug-in hybrid is a truly revolutionary vehicle. The interior seats four in trappings worthy of an Ian Schrager hotel. A turbocharged three-cylinder engine teams with two electric motors for a combined 357 hp; the i8 hits 60 mph faster than an M3. Top speed is 155 mph, but fuel economy is less than 30 mpg. Handling is agile and steering sharp; braking is great for any car, let alone a hybrid. 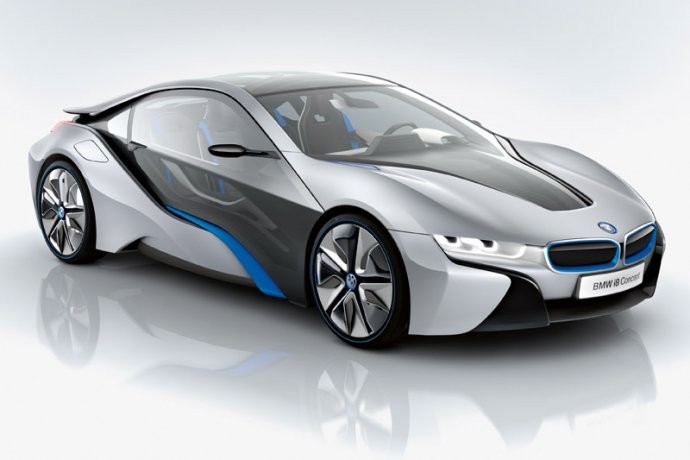 The BMW 7 Series Has Created A New Standard Of Luxury

The new BMW 7 Series is leading its class in what we considered "standard" luxury.  It has added a new feature called Gesture Control that allows the driver to control the radio, phone and other electronics by the use of simple hand gestures.  Other luxuries, such as the luminescent Panoramic Sky Lounge LED glass roof, removable 7-inch Touch Command tablet, and remote control LCD Display Key that delivers information as easily as reading a screen, the BMW 7 Series offers an unprecedented level of ambiance and comfort.
The picture below is the BMW 7 series with the G Power Storm body kit.  A great looking car!